Finally. A weekend without turning wrenches. The Demaras Auto Racing Team arrived at Mosport for a day of fun CRKC racing, and finally, a race without rain. As the sun shined on the track, the drivers went on track for free practice.

Daniel dominated all three practise sessions while driver #16 was slightly off the pace, often hovering around third place. One thing the two did have in common was that neither felt very comfortable in their karts. Each kart was riddled with issues and challenges. 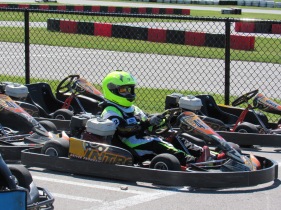 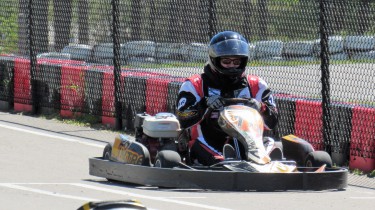 Qualifying went well for the team, with Daniel snatching pole position and Chris taking third in his class. This was Daniel’s first pole since race five at Mosport in 2016, so naturally, he was ecstatic. Lining up directly behind him was long-time rival Joshua McDonald, who was the runner up to Daniel in the 2016 Mosport Championship. 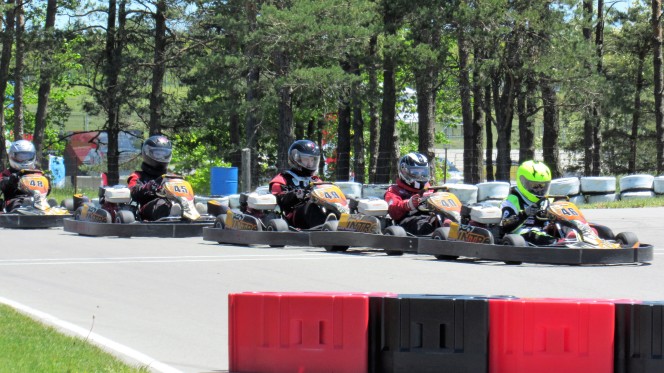 For the race, everyone in driver #12’s group had relatively good starts, sticking close together through the fast turns one and two complex which skips normal turn one and two, and instead heads straight up hill. Daniel kept the lead without conflict for the first two laps, but on lap three, Daniel got a little bump on the back bumper from McDonald. One lap later, Joshua shot his kart up the inside at the top of the hill, resulting in heavy contact. The racers kept their positions, but the third place driver had now caught up with them. On the final lap, McDonald made a move on the inside of Demaras in the final corner, but took the turn too tight, and Daniel won the drag race to the finish line, taking his first win of the season. 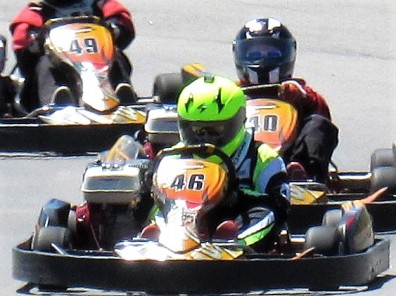 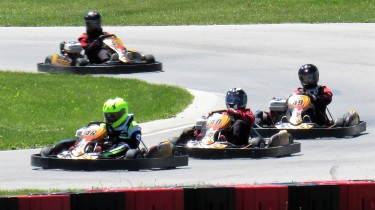 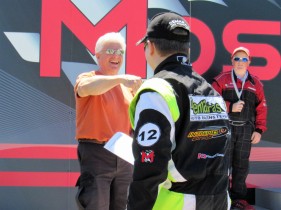 For driver #16, he was off the pace from the top two drivers, but the fourth place kart was very close. For several laps, Chris had to drive fully defensive which led to a mistake. The driver behind however couldn’t capitalize, and dropped back by about half a lap. A few uneventful laps later, and driver #16 finished third for his first podium of 2017. 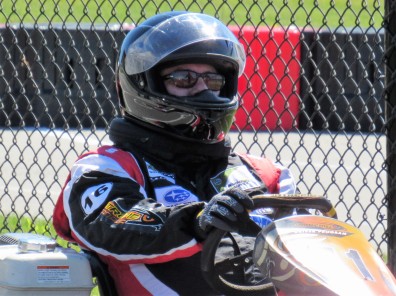 With this result, the Demaras Auto Racing Team took their first double podium of the season, and with Daniel scoring pole, fastest lap, leading every lap and winning the race, he took his first “grand slam” of the year. 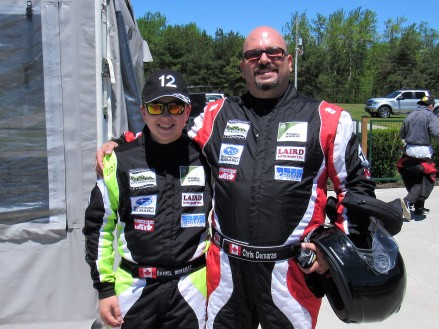 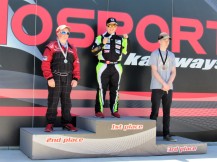 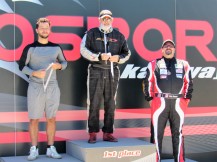