As the Demaras team truck carved through traffic on Hwy 404, the weatherman’s predictions seemed accurate. Dark clouds hovered. Would they still be overhead in Uxbridge?

Chris parked between the PRO trailer and garage K-12. Daniel moved the #7 kart outside, safe under its rain cover. Sheltered from the threat of rain, he could finally have lunch. 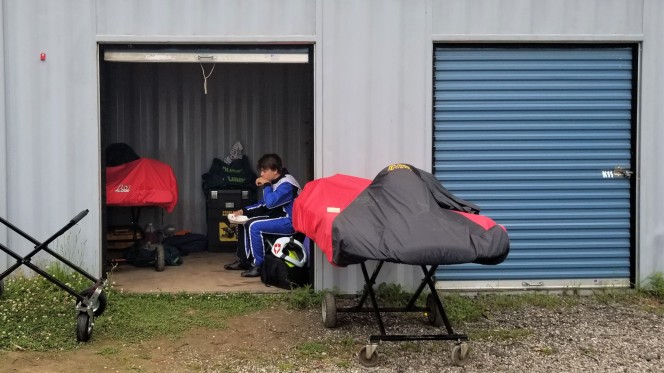 Daniel and Chris took their turns in practice sessions. Issues with the MyChrons not displaying lap times made it difficult to tell if things were going well or badly.

While Daniel was quick throughout the day, his kart did not register a time during qualifying. Daniel, always the honest kid, told the track marshall his only other timed lap in the day was a 39.5 second lap, which put Daniel 3rd on the grid.

It took Daniel only a lap to take 2nd position, but the battle cost him. He was now 10 kart lengths behind the leader. By setting quick lap times, Daniel caught the leader, making an aggressive pass, with only a lap to go. With equally matched skills, and identical karts, Daniel found himself under attack, dropping back to 2nd again before the finish line. 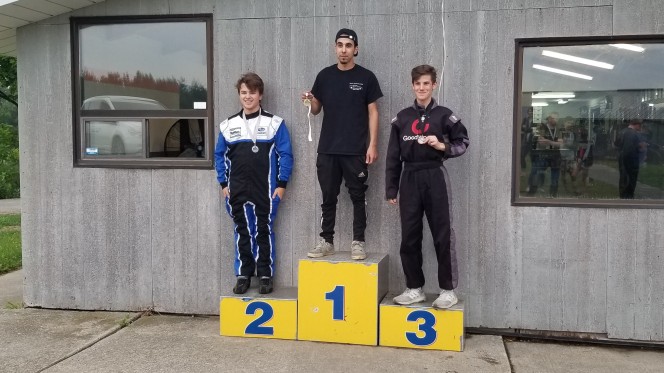 Chris had one of the loneliest races in recent memory. 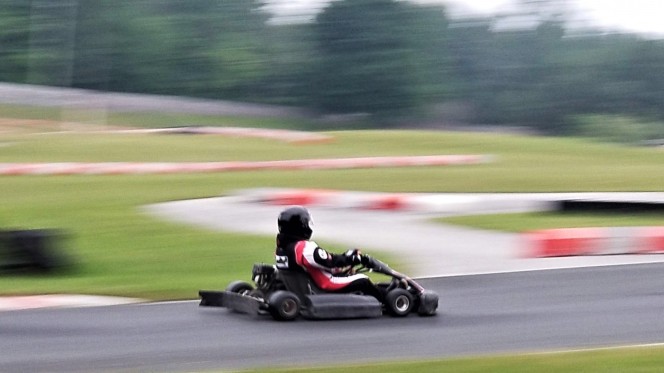 While Chris’ times improved all day, his 39.66 qualifying lap had him starting 6th. By lap two, Chris made a neat pass between turns 5 and 6 and proceeded to pull away. Drivers ahead of Chris used the draft to pull away from Chris.

As Daniel climbed on the podium, the rain started to fall. The weatherman was right after all.