The Demaras Auto Racing Team competed in a race on the Friday schedule to make up for the a race missed while in Denmark. While neither driver knew how tough the competition would be, both drivers were excited to race against new opponents.

Chris started the race a mediocre seventh out of nine drivers, having been held up in qualifying, however he would have none of that during the race. 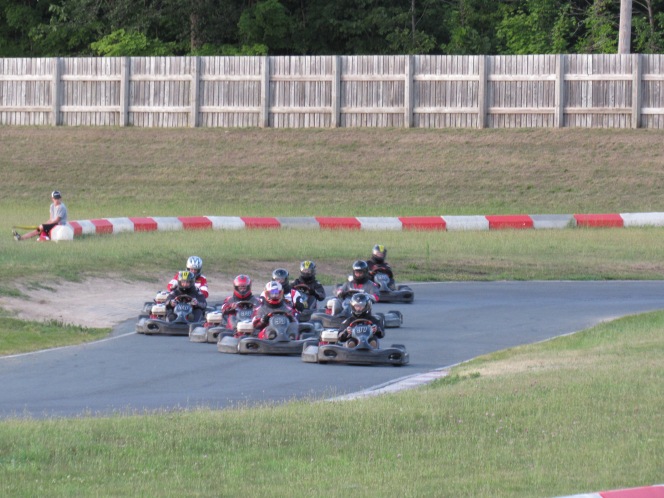 After safely making it through turn one, Chris put himself on the inside of the kinks at turns two and three, making his first pass. At turn four, Chris made an aggressive move, taking two competitors at once. By lap two, driver #16 was in fourth place.

Following closely behind his rivals, Chris made incredible moves, putting him into third, then second place. Chris kept his position, but almost blew it, when he mistakenly thought the race was over (a white flag had been shown the previous lap). Demaras kept racing, kept a cool head, and came around to finish second, his third podium of the CRKC Championship.

Second place is driver #16s best finish of the year, and he was absolutely beaming after his race. Not only did he finish so high up, but he had to  work for it, making 5 passes for position.