The team returned to Goodwood Kartways for TRAK Race 8. This is the first club race at Goodwood all summer. The weekend kicked off with a quiet Friday practice, as there were only a handful of drivers on track. 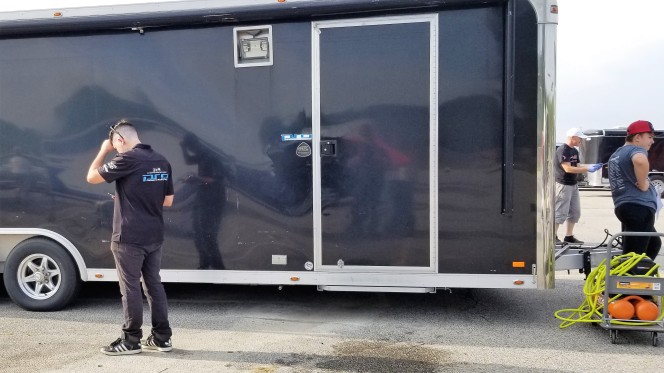 Team mechanic Christopher was the only PRO present, meaning he was the man in charge of the whole operation. After fixing up Daniel’s kart, the #7 was ready to run.  With family friends the Ferrari’s were all at the track on Friday. It was just like old times. 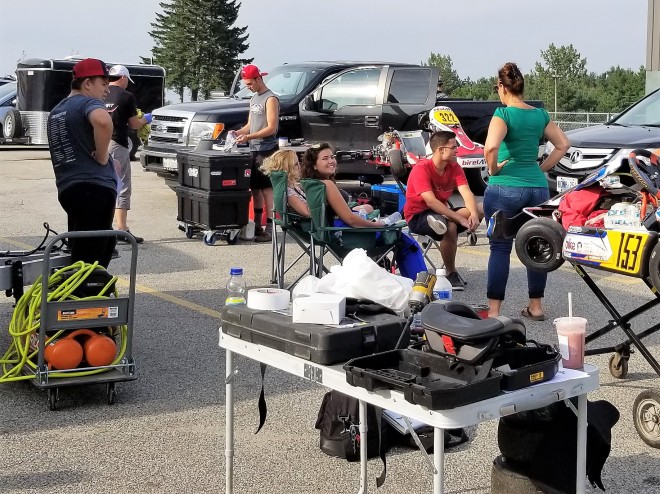 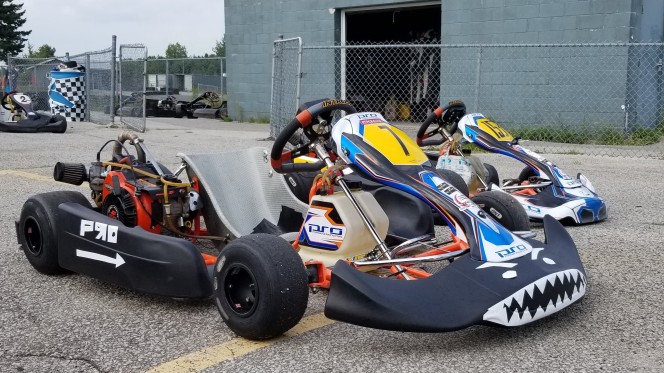 Demaras got back into the groove of driving a Briggs at Goodwood, as everybody worked to find grip on the slippery track. 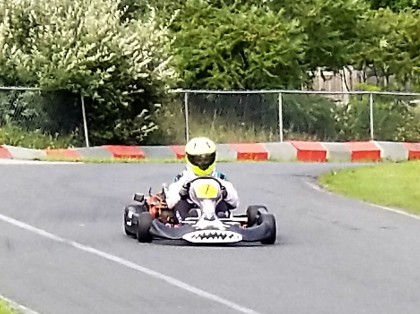 On Saturday, team mechanic Christopher couldn’t make the event as he was away on vacation So, Daniel was lucky enough to get super-experienced Andrew and his baby brother Nick to wrench on the #7 kart. 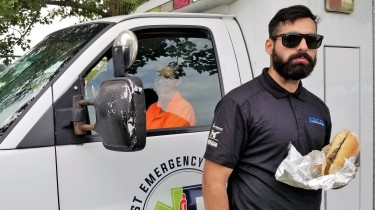 Daniel set the 5th quickest time in practice but pulled into the pits a lap early due to a cracked seat. Andrew and Nick got to work on replacing the seat, changing axle width and fixing a problem with the right rear hub.

Daniel, Andrew and Nick ran through the pits to try and make the start of the race, but the race marshall refused to allow Daniel on track once the formation lap had started. Daniel would have to from the pits. As the field took the green, Andrew gave Daniel a push start, hoping the clutch wouldn’t overheat from the standing start.

Demaras fought through the field and finished 9th of the Briggs Senior drivers.

For heat 2, Nick and Andrew made sure to get Daniel on grid long before the race start,. No starting from the pit lane; for this heat race, Daniel’s #7 kart was going to line up in P2.

On the first lap, Demaras pulled off an outside move for the lead, and Daniel got to lead his first ever laps in a club race. Seeing as it was his first time leading a club race, Demaras was super nervous, looking over his shoulder and praying that he wouldn’t make a mistake.

Unfortunately, Alex Murphy steamed by for the lead on lap 5, and on the 8th and final lap, Zach Boam and Liam Ortlieb pushed ahead of Daniel. In the end, Daniel managed to secure his first ever top 5 finish in a club race of any sort, much to Andrew’s excitement.

In the final, Daniel started 6th, but lost a place to Brennan Taylor on the first lap, then later lost a place to teammate Kyle Litherland, meaning that Demaras would only match his best result in a club race final with an 8th place finish.

After rushing all day to beat the rain, none of the drivers or teams got a lunch break. Though it was definitely a tough day, the track’s decision almost worked, as it only began to rain at the end of the Junior Lite race.

Before the podium presentation, the drivers and mechanics sent their best wishes for a speedy recovery to IndyCar driver Robert Wickens, who was injured in a crash at Pocono Raceway a week earlier.

Two Pro drivers did get to stand on the top of the podium, Briggs Masters driver Anthony Castro, and Matte Ferrari took his first ever win in Junior Lite. 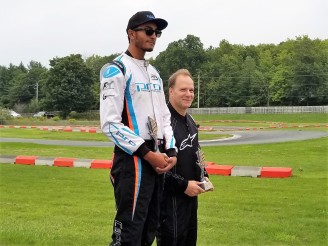 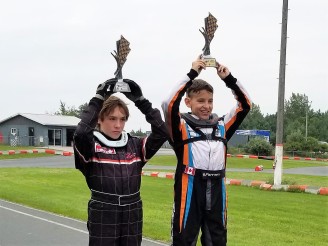 After leading his first laps, Daniel is optimistic for what the big doubleheader at Goodwood will have in store for him.