On Thursday, October 11th, 2018, sixteen of the city’s fastest racers gathered together to see who would be crowned the first ever “K1NG of Speed” at K1 Speed in Toronto. I was lucky enough to get a chance to compete. 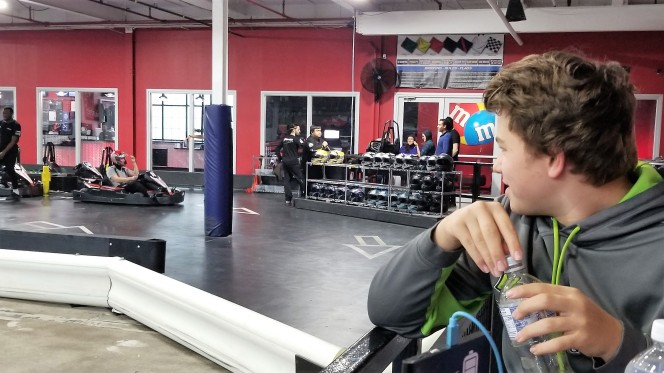 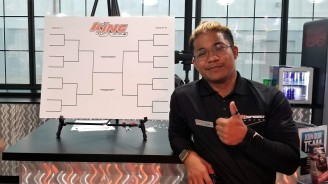 The event sold out quickly, as the tournament gave everyone a unique opportunity to race against the best at K1 Speed, with equal machinery, and no excuses. 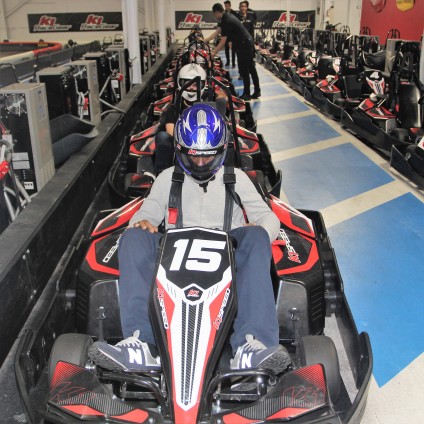 The racers all drew kart numbers and were randomly assigned an opponent. The sixteen-person elimination tournament had four rounds, two heat races per round. Racers would set their fastest lap time in each heat race, then switch to their opponent’s karts, and go back out on track again. Each racer’s quickest lap time from both heat races was added together, with the lowest combined time being the winner.

The competitors were split into Group A and Group B. Though eight racers went on track at the same time, each speed demon only had to beat their opponent’s combined time from the two heats to move on to the next round. 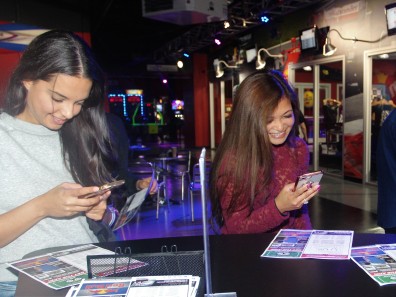 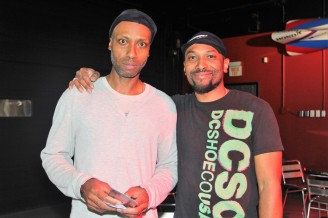 When I got out on track for the first time, I was feeling very nervous about whether I would be quick enough to compete with these guys. I knew that the drivers I was up against were always setting super quick lap times, so I needed to bring my A-game. As each lap went by on track, I’d anxiously check the timing screen to see how quick I was, while trying to go faster on my next lap. When I saw my name at the top of the timing screen, I was excited, but I knew everything could change in a moment. I still had to keep setting fast laps to make it into the next round. When I got off the track and confirmed I had topped the session with the quickest time, I felt like someone pushed the pressure release button. I’d beaten my rival, and I earned a spot in the next round. 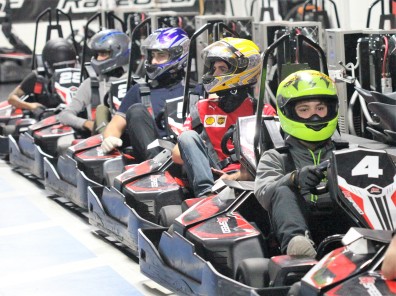 Despite their heroic efforts Mario Blackburn, Florin Marksteiner, Igor Manukhov, George Gonashvili, Adrian Chereji, Steve Zaina, George Ivaneishvili, and Jacob Ahee were all eliminated in the first round of the tournament. Those are some of the fastest guys at K1 Speed, so to see any of them eliminated was a shock.

For Round 2, all eight remaining drivers went back out with new opponents, and I was paired up with lightning-quick Abrar Khan. In Round 2, I was more confident in myself, but I knew my rival Abrar Khan, would be tough. But if you want to be the best you must beat the best. I was ready for the challenge! 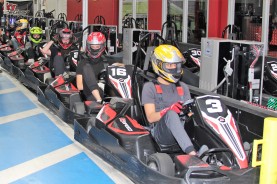 Abrar set the quickest time in the Group 2 heat race, meaning it would be a challenge to go quicker than him. On track, I was constantly checking my distance from my kart to his, and whenever it seemed like he was pulling a gap on me, I started driving even more aggressively to try and claw back at his advantage. I was focused on getting every corner perfect, hitting all my marks. Despite my full concentration, he was just quicker, and I would not advance to the next round. While I was disappointed, I knew that I gave everything I had on that track. Andrei Blackburn, Ryan DuPont and Jason Wong were eliminated along with me, leaving Ramon Sibello, Anthony Popalis, Anatoli Gorouchkine and Abrar Khan to battle in the Round 3 semi-finals. 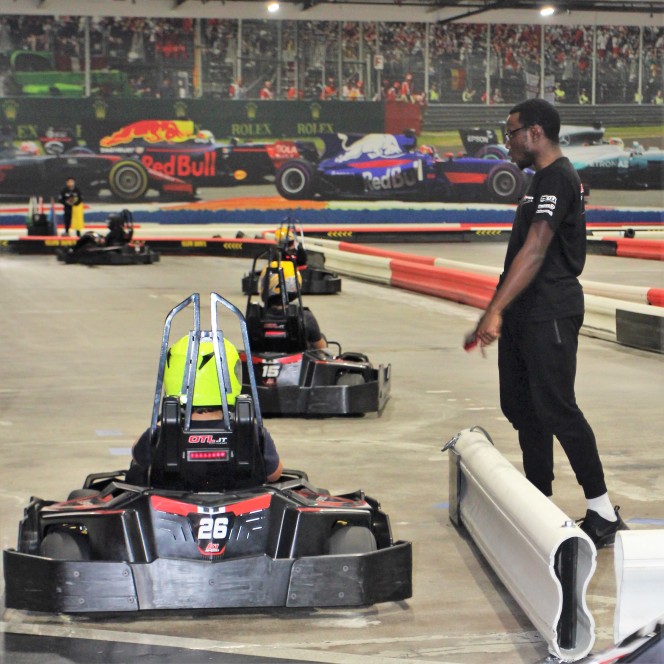 It’s funny how people have pre-conceived ideas about how races will turn out. Sure, there some guys who regularly top the ‘Time of the Week’ charts at K1 Speed. Anatoli and Abrar (placed on opposite sides of the tournament bracket in Group A and Group B) were the guys to beat. Whenever a driver was chosen as an opponent for either of these two men, comments could be heard like “I got Anatoli…I guess I’m going home early!”. But Ramon S and Anthony P weren’t letting anyone intimidate them. Those two racers put in their best efforts and were incredibly quick. While neither of them advanced to the final, they put up a fight until the end. The showdown between Gorouchkine and Khan would be the main event of the evening. 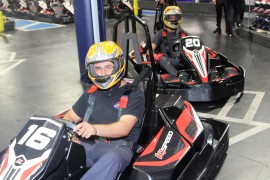 With just the two fastest drivers on track for Heat 1 of the finals, the tension was high as they set very close lap times. Every lap, times got quicker, and at the end of Heat 1, Anatoli was 0.012 seconds faster than Abrar, meaning that there was still all to play for in the second heat.

As Heat 2 started, Anatoli and Abrar set blisteringly fast lap times, getting quicker all throughout the session. When the checkered flag flew, Abrar had a lap time that was a shocking three tenths quicker than his competitor. Abrar Kahn secured the title of K1 Speed’s “K1NG of Speed”! 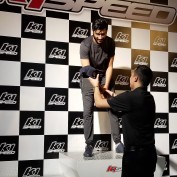 Despite his dominance in the September Speed Challenge, Anatoli Gourouchkine simply couldn’t top Abrar Khan’s lap time on that final session. There were no underdogs in this competition. But at K1 Speed’s next event, countless other Toronto racers will be looking to prove that they are the best and take down the new “K1NG of Speed”, Abrar Khan.