On Monday, I took my son Daniel out to K1 Speed for some fun practice laps. We expected the place to be quiet, so Daniel brought his homework with him.

Hours later, we bumped into our old pal Nico Hines, from Mosport CRKC. Nico races at Goodwood, just like Daniel and me, and he’s a bad-ass racer. We knew the level of competition was about to get tougher.

Nico asked us if we knew about the racing series starting up that very night, but we knew nothing of it. So, Nico brought me over to Dale, who had organized the 130R Racing Series at K1. Nice guy, cool helmet. He let me and my boy join up. 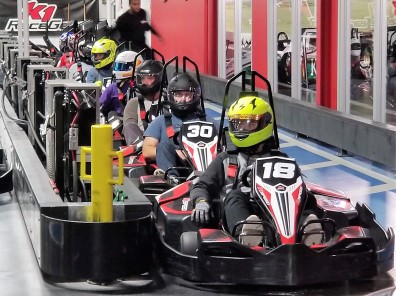 Daniel and I were put in Group 1, so while we were competing against each other, we would not get to race against Nico. Too bad.

In qualifying, Daniel laid down a blistering 0:23.549 lap to take pole position. I started just a little further back in sixth. Nico was nice enough to take video of the race…

It’s rare that Daniel and I get to race against each other, so being on the podium together was very special. Big thanks to Dale for putting 130R together. 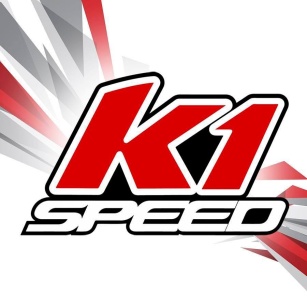 The 130R Racing Series is a great group of guys and some tough competitors. Daniel and I are really looking forward to the next race.