Let’s just say things got messy in this round.

Since Daniel won Round 2, and the starting grid was the inverse of the last round’s finishing order. Daniel would be starting last and Chris third.

For the third month in a row, Chris managed to find himself pointed backward (and in last place) before the first lap was completed.

Daniel was up to second place by the second lap, and started the process of hunting down the pole-sitter. 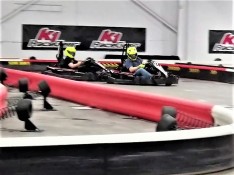 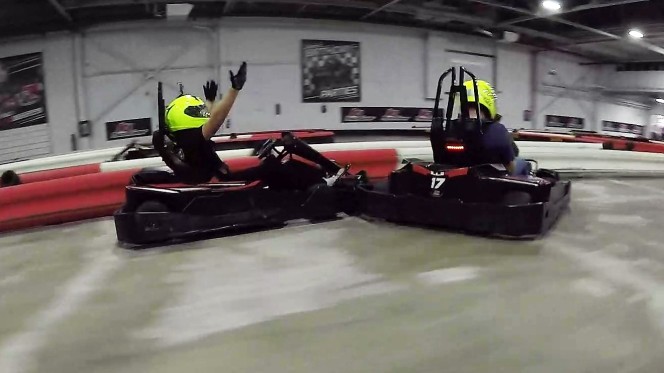 The collision allowed another racer to slip by into the lead. A frustrated Daniel realized that no penalties would be called in this race, and took matters into his own hands to get past the competitor.

Daniel and official team photographer / videographer Nico Hines were recognized for their achievements. 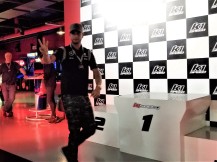 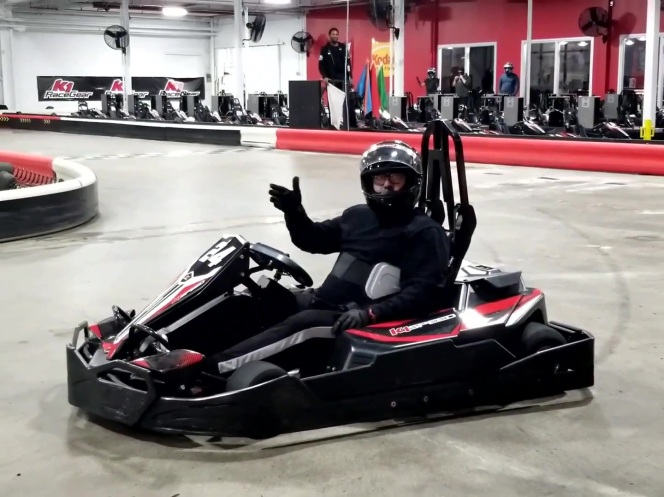 In the days that followed the race, there’s been spirited discussion about the very nature of the 130R Racing Series. Is this the Nascar of karts? What some drivers call defending, others call blocking. There’s bound to be accidental contact on a track as tight as K1, but when is a penalty warranted? People are passionate about motorsports, but it cannot b allowed to boil over to retaliation or fist fights off the track.

130R is supposed to be a fun series, and unsportsmanlike behaviour has no place. Time will tell how the series will evolve in the coming months.