On Thursday, September 12th, 2019, TORONTO.COM published an article about Daniel Demaras, his fundraising efforts and his racing endeavors.

A teen from East York is using his passion for go-karting to drive support for the fight to end Alzheimer’s.

This summer, 15-year-old Daniel Demaras, a competitor with the Toronto Racing Association of Karters, started collecting funds for the Racing to End Alzheimer’s Foundation. The non-profit organization works to fund the care and find a cure for the chronic neurodegenerative disease. In its first year, Racing to End Alzheimer’s raised $43,500. In year two, more than $100,000 was collected. This year’s fundraising goal is $150,000.

Daniel, who lives with his family near Victoria Park and St. Clair avenues, is aiming to raise $1,500 — or one per cent of that target — by Friday, Sept. 13 when the karting season ends. All of the money he raises will be donated to Toronto’s Baycrest Foundation.

A Grade 11 student at East York Collegiate, Daniel first heard about the cause about a year ago when he spotted a Racing to End Alzheimer’s logo on the side of professional race car driver James Vance’s Audi RS3 LMS. Daniel read up on the charity — which was founded in 2017 by Phil Frengs after his wife, Mimi, was diagnosed with early-onset Alzheimer’s — and decided to get involved.

On Saturday, Sept. 14, Daniel, who had a great-uncle in Greece with Alzheimer’s, is hosting a second fundraiser for Racing to End Alzheimer’s at North York’s K1 Speed Toronto, an indoor go-karting facility at 75 Carl Hall Rd., Unit 9. During the fundraiser, which starts at noon, anyone four-foot-10 or taller can come out and try to qualify for a 12-lap charity race.

Thousands of dollars’ worth of prizes are available to be won during the fundraiser, which will also include games, contests, and activities for junior racers, as well as a raffle and a bake sale. The cost to participate in the main event is $30. Visit www.demaras.com for more details or to make a donation. 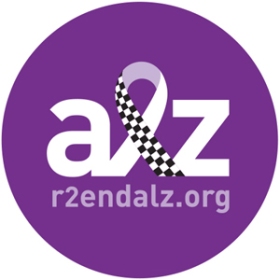