With the end of the season approaching, driver #16 sought to maximize his points haul in Race 9 at Goodwood.

After three slippery practice sessions, Demaras managed to quality in 2nd place, one of his best starting positions of the season. While Chris did not challenge for the win, he drove consistent laps, keeping his competitors behind him. 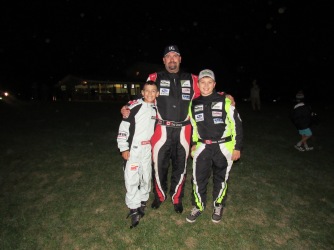 “I thought I was alone out there. I couldn’t see anyone behind me, so I just relaxed and drove each lap like a practice session, hitting my marks, and not being in the least concerned. Only after the race did Daniel tell me that I had another driver breathing down my neck the whole time!” quipped Demaras.

Driver #16s second place finish has kept him in the top 10 in the Friday championship, with the post-season races approaching.