The Mosport semi-finals race was a hard luck story. 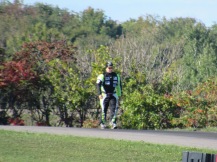 The race was to be contested on the MIKA short track, with the longer run up to turn one, and an extra section at the top of the hill, but with no outer loop. The practice sessions were difficult for Daniel, the lighter kids having an advantage up the hill, but he held his own. 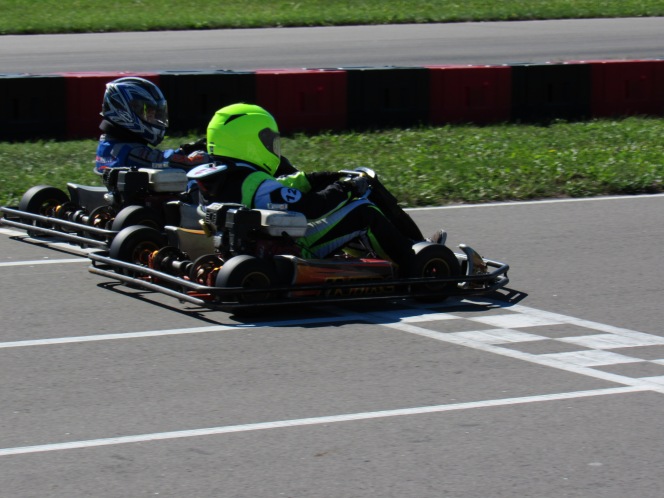 For qualifying, Daniel showed pace immediately.  He was flying in the formation lap but was impeded on his first lap. Driver #12 caught up to a slower kart, and as they head down the hill, Daniel caught the kid in the hairpin, slammed on the brakes, but to no avail. He plowed into the kart in front.

He then did a lap, but had several points in which the kart would seemingly bog down for no reason. As soon as he crossed the finish line. The kart then stopped on him. He momentarily got power back, but eventually pulled over onto the grass. Daniel hit the brakes, but that didn’t stop the kart. As soon as he got out of the kart, he checked the brakes, and sure enough, the pedal wasn’t connected to anything. The kart had also run out of gas. 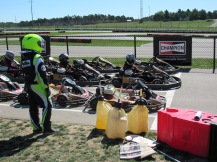 The one hotlap Daniel set was pretty fast (albeit slightly impeded by the kart slowing down due to a lack of fuel.) and was enough for third. Daniel started well, but as soon as he got to the top of the hill, the kart stopped due to a vapour lock. He lost half a lap to last place until the marshall got his kart going. Daniel finished a quiet last place.

Daniel is going to need a good result in the finals after the issues in the semi finals in order to get the championship.