Sunday brought an exciting and fun CRKC race, with dark rain clouds looming over the track all day. 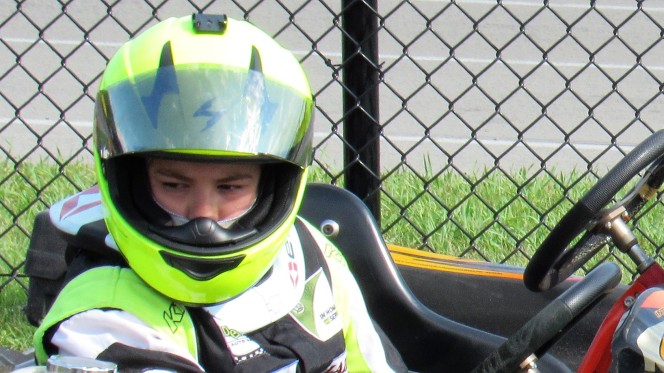 Daniel dominated the practice sessions, as he was the most experienced driver on the reverse layout. He took his second pole position of the year.

Daniel held off the attacking Joshua McDonald on the opening lap, and pulled a gap…but then the rain started. 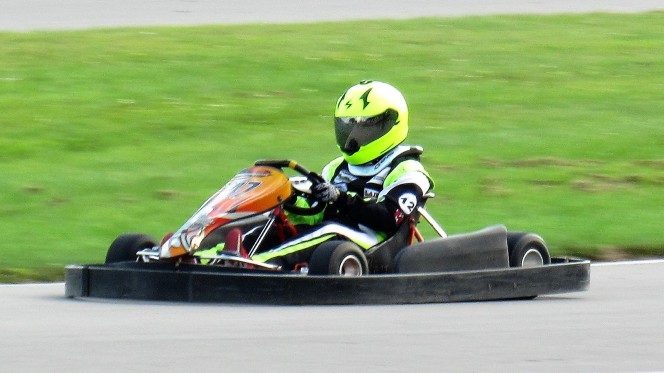 Each driver was left scratching their heads trying to find the right line. Daniel made a mistake in the esses and lost the lead of the race. He stuck with the leader, and attempted an overtaking move on the inside of the kink before the main straight. The leader suffered from understeer, and could not make the corner. Near contact forced Daniel through the grass. On the final lap Daniel closed in, preparing his attack….but didn’t have to make a pass for the win, as the leader spun in turn one! Pressure from Daniel and the slippery conditions proved too much. Daniel crawled along for the remainder of the lap to avoid the spin, and took the checkered flag for a strong win. 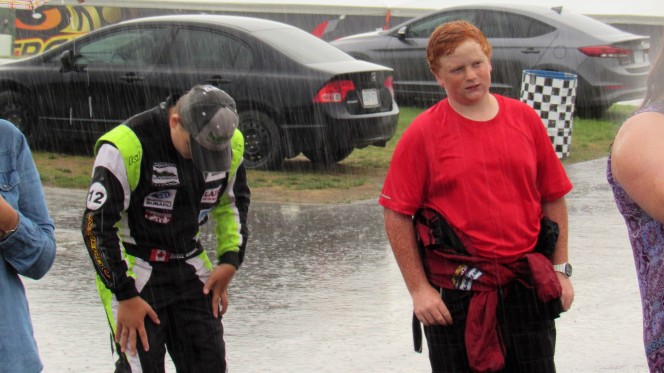 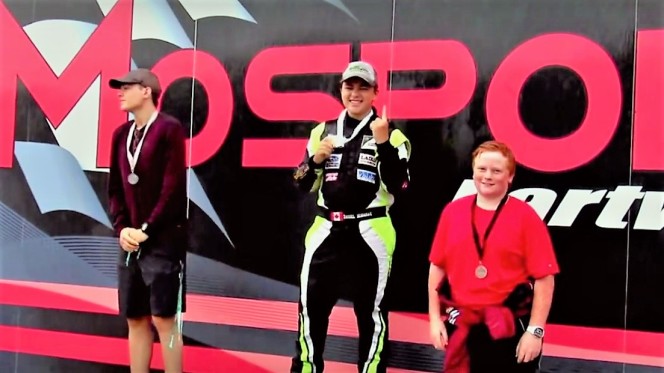 For driver #16, the reverse layout was a complete surprize. “I got lost on the track. I made it to the top of the hill and didn’t know if I was supposed to turn right or left. I just followed the other, and hoped they knew where they were going!” said Chris.

Driver #16 has been mechanic #1 on Daniel’s MIKA kart for the past month, and it took several sessions for Demaras to knock the rust off. Although his times were at tail end of the time sheets, Chris improved as the day progressed. 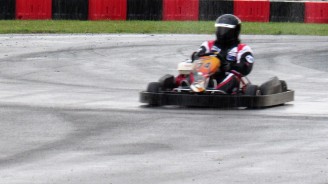 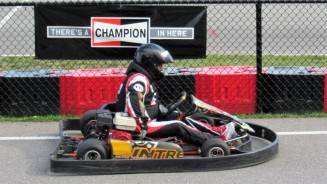 Chris’ race was a wet mess. Having started at the back due to poor qualifying, Demaras employed a simple strategy; keep it on the track. At the time of writing of this article, Demaras’ finishing position is unknown, except to say that he passed 4 karts who spun in the treacherous conditions, and was passed by 2 other karts, one which may have been the leader. 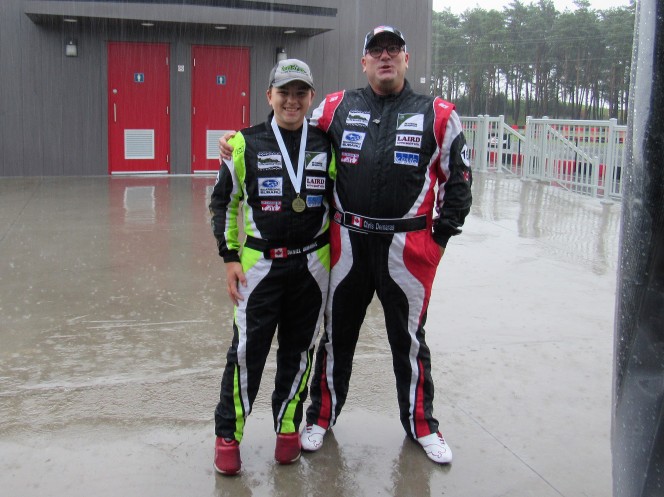